Henan many villages open "garbage supermarket", with garbage as "money" 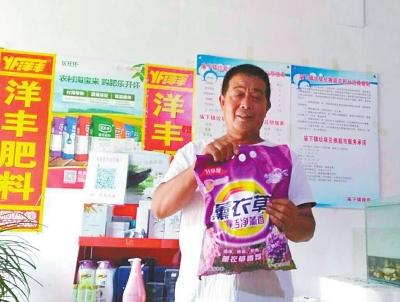 "This is my exercise book exchanged with waste batteries!" In August 3rd, Huzhuang village Miaoxia town, the 13 year old Hu Mengbin very happy, and said proudly, he has account in the village e-commerce service center, he collects toxic and hazardous waste from home and street to exchange points from village e-commerce service center, the points can be used to exchange school things, his goal is to accumulate 100 points.

In the village's e-commerce service center, the wall prominent position hanging garbage exchange points system, garbage payment standards and other schematic. The villagers can be plastic bags, waste batteries, waste pesticide bottles, bad bulb and other toxic and hazardous waste sent to exchange points, points accumulated to a certain grade, can be exchanged for toilet paper, soap, pencils, exercise books and other 12 kinds of daily necessities and school things. There is also a special account book which clearly records the villagers' garbage collection. "I was running rural Taobao, heard that the town called the garbage recycling and combined e-business supplier, built waste exchange supermarket, also regularly according to the market price to recycle the waste, no menace from the rear my first name. Now this junk exchange supermarket opened nearly a month, a lot of people I am here to send spam, a phase, direct exchange, but also some here to remember "the garbage accounts", the highest score reached more than 120 points." Electricity supplier service point person in charge Lu Yabin said.

There are 24 foreign exchange supermarkets in this town, each villagehas one, which has reached the garbage exchange covered the whole town. Villagers primary sorting, cleaning staff two times sorting, cleaning companies in accordance with the type of centralized treatment, garbage will be divided into recyclable, perishable, toxic, non-recyclable, non-perishable and other four categories". The villagers can exchange the poisonous and harmful waste collected and stored in the home for their daily necessities.

In recent years, rural living standards are generally improved, large quantities of waste generated, in order to prevent the accumulation of garbage, the town with the comprehensive improvement of rural living environment, combining the garbage recycling and electricity services, the city took the lead in the introduction of innovative model”waste sorting + e-business = garbage exchange supermarket" waste sorting and recycling, and actively guide the farmers or cleaning staff will take the initiative toxic and hazardous waste sent to the village business services, keep score, against the prizes, both to avoid the waste of resources and pollution of toxic items, so that the majority of villagers get affordable, and guide them to form a good habit of consciousness of classifying and collecting garbage, enthusiasm, stimulate the villagers' participation in rural garbage treatment at the same time, increase the electricity supplier point of service awareness and recognition, increase revenue, achieve a win-win situation.

Garbage to waste, the villagers applauded. Since the trial run a month, 24 garbage exchange supermarkets in the town have recovered more than 2600 poisonous and harmful waste, involving 10 categories. In addition, the Miaoxia town government and the local waste recycling point signed a long-term cooperation agreement to solve the e-business supplier's worries.

"Now even the children in the village know that the garbage should be classified, thanks to a garbage exchange in the village." Under the Lu Village Lu Yongyue took the newly exchanged laundry powder said, now can not only take their own garbage to change things, and to pick up the outside can also change, the village change can be big. 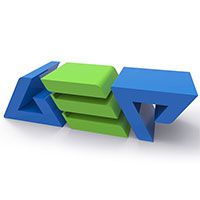